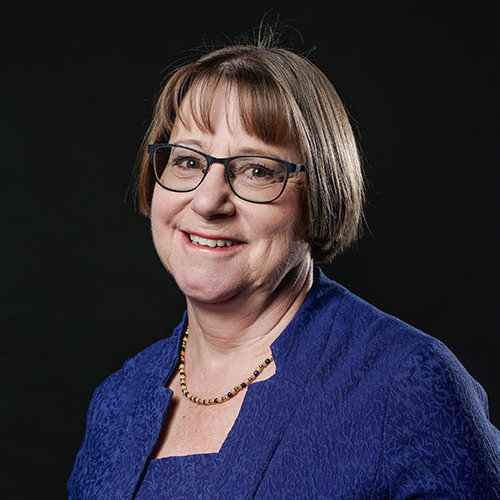 Professor Annabelle Duncan’s long and notable career has taken her across Australia and into Europe and the Middle East, from research institutions to the UN, where she worked biological weapons inspector. Closer to home, she has spent her five years as UNE’s Vice-Chancellor building a university for the region. Ahead of her retirement this month, we asked her to share her thoughts on maths education at schools and in universities.

The further you live from the centre of a major metropolis in Australia, the lower your chances of obtaining a university education. We have known that for a long time and we have periodically made attempts to remedy the situation. But we do not always approach the solutions in a co-ordinated way and sometimes attempts to solve one problem inadvertently exacerbate another.

Take maths education, for example. An article in the Australian Financial Review from 5 years ago stated that “Mathematics is in a death spiral in Australian schools. Just one in 10 students studied advanced maths in year 12 last year.” The issue has not gone away in the intervening years and if anything seems to be getting worse.

One proposed solution to this problem is to impose more rules. There has been a push for students to be required to attain higher scores on maths and science in secondary schools before being allowed to study these subjects at university. Some commentators take this further and suggest that maths, like English, should be compulsory all through high school.  There is currently pressure at least in NSW for universities to make high level maths a prerequisite for those wishing to study STEM at tertiary level.

While I agree with the sentiment, the practicalities are different.

Universities are often blamed for the declining maths standards. The claim has been made that the  emphasis on high Advanced Tertiary Admission Ranks (ATAR) may cause students to drop maths in the  later years of high school and choose ‘easier’ subjects, because they believe it will optimise their score and increase their chances of getting into university. But many universities, my own included, do not use ATARs for most of their students.  Mature age students for example do not have ATARs and enter on the basis of prior learning.

Some blame teachers (why are they so often the scapegoats when they do such wonderful work, often in difficult circumstances, with limited support and very modest financial recompense?).

Some blame parents for not wanting their children to be stressed by taking subjects that are perceived to be ‘hard’ like maths.

Like all wicked problems, there is no simple cause and no singular solution.

I would like to see all students studying maths but that is not going to happen.  Do a quick web search on the term ‘maths anxiety’ and you will be almost overwhelmed. I gave up after scrolling through 6 screens of web addresses covering the issue.

Should we be trying to overcome this anxiety and encourage all students to study maths at school? Absolutely.

Is it practical to just dictate that it will be so and that all students who want to study science-based subjects at university should have high level, or indeed any year 12 maths? No, it is not.

Late last year, the University of New England hosted an event in Tamworth on the future of work.  It was aimed at showing school students the options available to them if they attained a tertiary education and thus raise their aspirations. At the end of the presentations, the students had the opportunity to ask questions.

One question really worried me. It was “do you have to have maths to go to university?”

It worried me because it made me realise that by trying to solve a problem (the shortage of students studying maths) we were exacerbating another, potentially even bigger problem: the poor participation rates of low SES, regional and marginalised groups in higher education.

So what is causing this problem?

In early May this year, the Australian Sciences Institute (AMSI) published a report warning that less than one in four Australian students have a qualified mathematics teacher in each of the years 7 through to 10. This leads to a ‘non-virtuous circle’.

Because of this some students entering into education degrees, the teachers of the future, are not strong in maths and do not specialise in it. The shortage of maths teachers gets worse.

The statistics cited by AMSI applied to all Australian students, but the problem is exacerbated in regional areas. If you attend a small regional high school where the student population does not justify enough teachers to have specialists in each field, then obviously many teachers will be teaching out of discipline.

And we know that there is a problem getting enough teachers to move into regional and especially remote areas. With maths teachers being in such short supply, they have their choice of where they want to live and work. Unfortunately,  given educational disadvantage in regional Australia, those with good maths are more likely to come from metropolitan Australia and most do not want to move to the regions.

Solutions such as compelling students to have high level maths before entering into science and engineering degrees may work in the cities – though given the AMSI figures, I doubt it. Suddenly finding large numbers of specialist maths teachers to go into regional schools is certainly not an option.

So the solutions, like the problems themselves, must be multifaceted and they must take the long term view.

Maybe then we can start to make maths a pre-requisite for university entry. That is not going to happen overnight, but there are things we can do immediately.

In some cases, where there is good connectivity, we need to take a leaf out of the book of university teaching and put students into classes virtually, with specialist teachers. If there is no specialist maths or physics teacher at your school, you can link virtually into a class in a larger high school.

About 75% of the students at the University of New England are ’distance’ education students, and while they often never set foot on campus,  they get a first rate education. On-line pedagogy is well developed and can deliver the learning experiences needed to master a subject either synchronously or asynchronously.

We can encourage students into university, and into teaching and especially maths teaching. Good salaries for teachers would help and would show that society appreciates the vital role they have in preparing our young people for a meaningful and productive future.

But we cannot compel them to have high level maths prior to entry, as that will just exclude many regional students and mature age students who are looking for a career change. Many of our students fit this category and we know that on graduation they are in great demand. Their maturity makes them dedicated and competent teachers.

And what we can continue to do is to give students support when they arrive at university to develop their core numeracy and literacy competencies, even if their school had not, for lack of resources, enabled them to master foundational skills. That is what universities do and we do it well. Judge our students on their skill base at graduation, not at enrolment.

The framing document prepared for the Napthine Review of Regional, Rural and Remote (RRR) Education made the point that students from RRR Australia did have many advantages in terms of development of resilience, ingenuity and interpersonal skills. It was pointed out that 38 per cent of Australian Chief Executive Officers of ASX 100 companies grew up in regional Australia.

Regional Australians, given the opportunity, can and do make an enormous contribution to Australia, financially and socially.  Lock them out of tertiary education and the country is much poorer. Let us not exacerbate disadvantage.