To thrive in the future, our clever country must back its universities 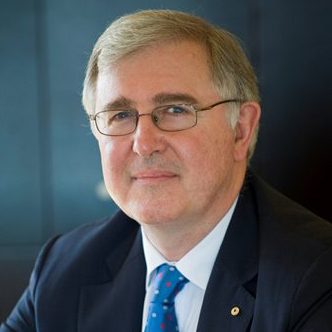 In the present environment, when university leaders speak about university funding, cries of self-interest spring up from some quarters of the political arena and beyond.

As the debate about higher education continues, I can’t help but think that the university systems of leading countries like Australia and the United Kingdom are to some extent victims of their own success — with rising expectations and associated scrutiny from students, parents, policymakers and commentators alike.

Universities in Australia are globally envied. They are the backbone of international education — our largest services sector export and third largest export overall — and they make a major contribution to the health of our economy and national productivity. To cut back the funding for Australian universities to pursue their mission in the coming years would be a grave mistake.

As the former Vice-Chancellor of Monash University, now leading King’s College London, one of the country’s oldest and most research-intensive universities, I’ve been at the coal face of major debates about the funding and future of universities in both countries for many years.

It’s a myth to think that the great universities in either country were ever run on a shoe-string. Nevertheless, in recent decades they have become more complex and expensive institutions to run, largely because of the sheer diversity of educational provision now on offer to a much greater percentage of the country’s population than was the case 30 or 40 years ago.

The argument that it is the self-interest of university leaders that has driven rising student contributions and rising international student numbers is a fundamental misreading of what has driven these trends. I also reject, thoroughly, the idea that more means less. Opening up the opportunity of attending university has been a great boon for social mobility and economic progress in both countries.

Back in the late 1980s and 1990s, policymakers in Australia and the UK made an explicit choice to help universities grow and diversify their intake because they recognised that it was in the nation’s self-interest to maintain a thriving country in a globalised, increasingly knowledge-based world.

Remaining at the cutting edge of scientific and academic research endeavour and higher level skills training is an increasingly expensive and challenging business, particularly in areas such as data science, advanced engineering and life sciences.

Rising powers like China and South Korea are ploughing ahead with major private and public investment in their university systems to build global research powerhouses.

Why is China investing such a significant proportion of its GDP in research and development and higher education? Is the Chinese government doing this as a vanity exercise to compete with America?

Of course not. The Government of China see it as absolutely in the self-interest of their country to have a dynamic, diversified and internationally competitive university sector.

In the UK, we are engaged in a big debate about the future approach to funding higher education. There are important lessons here for Australia.

Since the late 1990s, the reform of funding for undergraduate study in England has broadly tracked that of Australia’s. Both the Labour and Conservative parties introduced reforms that incrementally rebalanced the public-private contribution mix in favour of a greater private contribution by graduates through income-contingent loans to repay tuition fees that are no longer levied upfront.

Both Conservative and Labour Governments also explicitly pursued policies to help ensure at least 50 per cent of the population had the opportunity to participate in higher education by the age of 30. Indeed three years ago, the Conservative Government removed student number controls from virtually all undergraduate courses, mirroring the demand-led system in Australia.

In recent years however — since fees were increased from £3,000 to £9,000 in 2012 — the consensus between the major parties has slowly broken down. Labour pledged in its 2015 manifesto to lower tuition fees and partially restore grants to offset the difference, but by the General Election in 2017 were committed to abolishing tuition fees altogether in place of taxpayer-funded grants.

The abolition of tuition fees policy was seen as a key reason for why Jeremy Corbyn was able to mobilise such a phenomenal share of registered voters aged between 18 and 29. Of course, such a policy carries with it the inevitable risk of student number controls being re-imposed by a prudent Treasury, cutting off the opportunity of university study.

Since then, the Conservative Prime Minister, Theresa May, used her Party Conference speech to announce a major review of the system and to freeze a scheduled inflation-linked rise in tuition fees.

While the question of how Britain’s universities should be funded is being revisited, the UK Government has signalled it has no intention of cutting the financial envelope for undergraduate education nor limiting numbers. The Government is also moving to invest significantly more in the ring-fenced science and research budget in this Parliament, and Labour in Opposition have promised they’d spend even more on research and development.

While in the UK it is recognised that the university system needs to continue to raise its game in terms of equity of admission, quality of teaching, and in the translation of great research into productivity gains for the nation, no one in national politics is seriously suggesting that reducing university funding is a sensible way forward for the country.

By contrast, in Australia, the Government has seemed intent on finding cuts in university funding to meet its goals on Budget repair. In the legislation that a Senate majority declined to support last week, it proposed making direct cuts to the grants that universities receive from the Government. In a separate piece of legislation, yet to be debated by the Senate, it has sought to close forever the Education Investment Fund that has helped provide vital capital funding for the modernisation of our teaching and research facilities.

The Government has also proposed to transfer more of the burden of university funding to students through higher HECS-HELP contributions and a lower initial repayment threshold. This risks undermining public support for what has been an incredibly successful shared contribution model.

As the present breakdown in political consensus over fees and loans in England shows, a lot can change quickly if graduates and students feel they are being given a poor deal. Care needs to be taken that short-term fiscal considerations do not undermine the attractiveness of university study to students from poorer backgrounds.

The Government’s higher education changes remain stalled in the Parliament, without the support of key crossbench Senators. But the Australian Government has not ruled out continuing to try and make budget cuts in university education and research. That would be the wrong policy direction for the country.

Despite the issues being raised around the UK university system, there’s little doubt in the mind of politicians that it is the jewel in the national crown in supporting the country to prepare for a post-Brexit environment. In addition to a significant research funding boost, the UK will need a greater well-educated, creative and globally-minded graduate workforce than it does today.

More populous countries like France also aspire to have a university sector as strong as Australia’s and are now investing heavily on that journey.

To maintain the current excellence of the Australian university system, the Government should re-think the direction it is taking on higher education funding.

Instead of cuts, it instead should be thinking about how to lift public and national investment in research to help sustain the state-of-the-art research facilities needed to ensure we don’t fall behind in the global innovation race. It’s been far too long since the Australian Research Council had a really significant funding boost.

We shouldn’t take our success lightly, nor be complacent about the need to safeguard university funding to produce the change-making people and ideas this country needs to thrive. Our success as a nation flows from our ingenuity. To remain a clever country, in an increasingly interconnected, competitive and knowledge-intensive global economy, we need to fund our universities properly so they — and the communities and nation they serve — can reach even greater heights. Australia’s future prosperity is riding on it.