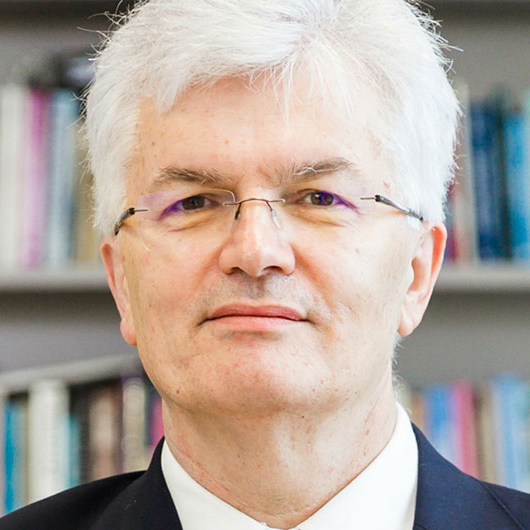 Professor Glyn Davis Professor of Political Science and Vice-Chancellor,
The University of Melbourne

Visiting a campus can be inspirational.

Recently the founder of Microsoft, Bill Gates, spent time at the California University of Technology (Caltech). There he discovered “phenomenal research underway” to improve health, find new sources of energy, and make the world a better place.

His website gatesnotes.com details just some of the impressive engineering, chemistry and biological research projects encountered among the talented students and staff on campus.

The visit encouraged Bill Gates, one of the most successful business leaders in the world, to reflect on public investment.

Future prosperity rests on research, yet the United States government spends relatively little on this vital venture. “All US R&D spending”, notes Gates, “accounts for less than one per cent of national income.”

Gates does not demand more “impact” from such research. On the contrary, he stresses the importance of basic discovery. “A new idea is as fragile thing. It needs allies to nurture it.”

Scholarship is an investment in the long-term. It is a vote of confidence by the community that future generations will build on discoveries made now, a recognition that innovation is cumulative.

It can take a lifetime to bring a single fragile idea to its full potential. In the early 1970s Peter Doherty and his research partner Rolf Zinkernagel at ANU explored how T-cells recognise cells infected by a virus. Their discoveries led to a new theory about the underlying biochemistry of immunology.

Controversial at first, the insight eventually secured Doherty and Zinkernagel the 1996 Nobel Prize for medicine. Yet the journey was only beginning. The first medical applications appeared some 20 years after publication. Now, more than 40 years after discovery, this theory of T-cells allows radical new treatments for many ailments, including some forms of cancer.

So patience matters – but why stress the long horizons required for innovation? Surely it is obvious government funding should address the entire spectrum of research, from the most basic investigation to those projects with immediate application.

Unfortunately not. Around the world we see governments stress the importance of immediate commercial returns from investment in research. They answer to electorates bombarded with media stories of “research break-throughs” and now eager to see results.

Governments, too, worry about who benefits from their investment. We can all rehearse a long list of Australian innovations lost ashore for want of foresight about intellectual property, lack of understanding of the commercial potential, want of entrepreneurs willing and able to take up the opportunities.

Such pressures can encourage superficial policy solutions. In his new book The New ABCs of Research, Ben Shneiderman argues for equal support of basic as well as applied research, despite concerns about impact and immediacy. Shneiderman’s “ABC principle” is simple: “Combining applied and basic research produces higher impact research, compared to doing them separately.”

Most innovation rests on a base of knowledge developed first through research undertaken without immediate application. Yet this is a difficult message to sell. Governments see the success of Silicon Valley, Israel and the industry cluster around Cambridge, and hope simple changes to research fund settings will produce similar outcomes at home.

As a result, noted Professor Luke O’Neill in a recent TED talk at Science Gallery Dublin, many national governments have become dismissive of basic research. Yet as O’Neill notes, “90 per cent of Nobel laureates are basic researchers. Some worked on problems for 20 years.”

Such sentiment sometimes surfaces in Australia. Last month a Government media release lauded a new engagement and impact assessment system. The scheme, it noted, “is about
testing how we can measure the value of research against things that mean something, rather than only allocating funding to researchers who spend their time trying to get published in journals.”

To value “things that mean something” as opposed to research “published in journals” misunderstands how innovation works. Doherty and Zinkernagel published in academic journals, along with most other Nobel Laureates. New ideas have to start somewhere, and be tested and nurtured before they can change the world. Academic journals provide that place. As Bill Gates observes, in its earliest incarnation innovation is fragile and needs allies.

If innovation policy was easy, innovation would be spread evenly around the world, encouraged by every government with the right policy instruments. It is not. In practice, the world’s most significant innovation precincts cluster tightly around great research universities. They feed on innovation across campus and an ever-renewing stream of recent graduates who can bring the latest ideas from the bench top to industry.

Such innovation precincts require a delicate cultural combination: academics willing to work with industry, businesses looking for help to solve new problems, venture capital keen to reach into the research sector, understand the latest developments, and apply the very different skills of the entrepreneur. Underpinning all this innovation is government investment in long-term research projects.

Bill Gates saw this future at work in Caltech. It is visible too at Australia’s many great universities. Let’s learn from what works, not from clichés about journal articles. Anyone can talk up a quick result. Real vision about innovation rests with those willing to look a generation ahead.