The role of universities in times of national crisis 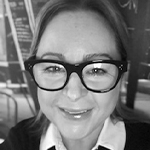 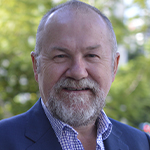 In this edited excerpt a conversation at the Universities Australia Conference dinner on 26 February 2020, Associate Professor Erin Smith and Professor Ross Andrews discuss their role in the nation’s recent crises and the contribution that universities and researchers make to the nation during such times.

Erin Smith: I’ve seen aftermath of Hurricane Katrina and dealt with a lot of the first responders from 9/11 but going into Mallacoota after the bushfires had flattened people’s houses was incredibly moving.

The people evacuated from the beach in Mallacoota travelled for 20 hours on a Navy ship then a further hour and a half on a bus into Melbourne. So just imagine the sheer exhaustion from that alone.

Most of those people, by the time they reached us at the Melbourne Convention Centre, didn’t know if their houses were even still standing. Some of them had been pulled apart from family members and hadn’t been reunited so weren’t entirely sure how everybody was.

I had learnt how to do psychological first aid as a Red Cross volunteer but being there and seeing the looks on these people’s faces really taught me about how theory can only do so much.

Misha Schubert: As the immediacy of the bushfire crisis started to recede, news started to break out of China. There were early reports that there was something new that health authorities there were grappling with. Tell us about your involvement Ross.

Ross Andrews: I contributed to the response to the first case in Australia, which was someone who was part of a tour group of nine people who’d all come from Wuhan (China). They had driven around Victoria for five days in a bus before flying together to the Gold Coast. On the plane that person started to feel ill. The next morning his colleague called the hospital, the ambulance picked him up and from that moment the public health and infectious diseases authorities have been working around the Gold Coast. They isolated the first case and quarantined everybody else in the group.

I’m essentially the numbers man in the team. I’m counting what’s happening and trying to determine what the incubation period is, how long this person is going to be infectious for and what happens next.

Misha Schubert: Erin, it strikes me that we’re going to have a huge mental health challenge in Australia when we think about the number of people deployed as paid and volunteer firefighters. They’ve been out for months on end seeing things of indescribable trauma. What is the scale of the challenge for us to bring expertise and support to those communities?

Erin Smith: It’s monumental. Not just for the responders but for communities—even those of us who weren’t in those communities directly affected. I live in the Melbourne CBD and the smoke hung in the air for weeks. Children around our area thought the fire was in their backyard. There are children who were directly impacted—particularly the children of first responders and those in the areas that have lost homes. We can’t even begin to really comprehend how big the mental health burden will be of these fires.

Misha Schubert: Ross, tell us a little bit more about the deployment of graduate students and researchers into the offices of state and territory Chief Medical Officers, the national incident control room in Australia, and further afield.

Ross Andrews: We have students placed in every state and territory. I had one student placed at the Commonwealth who was initially responding to the bushfires and looking at the effect of bushfires and bushfire smoke in Canberra. When the COVID-19 event happened, we asked her, and all students if they were available and to offer their assistance to their local health department.

This student moved into the national incident room and she’s been responsible for producing the weekly summaries on what’s happening with COVID-19. She is one of the key people summarising information about the virus both globally and nationally.

We also have students in the Asia Pacific. We have two students—one Cambodian, one Australian—placed in Cambodia. They were asked by the World Health Organization to respond to the Westerdam cruise ship. The ship had been attempting to berth in several ports and had been refused entry by four different countries. Cambodia allowed the ship to berth and 600 passengers alighted in Cambodia. The ship moved on and the next day a passenger was reported as positive who got off in Malaysia.

Our two students were asked by the Cambodian Ministry of Health and the World Health Organization to participate in screening 600 people who were in in a hotel in Cambodia at that time—the vast bulk of whom spoke English.

Our Australian student was the one of the first people within the group to start interviewing and collecting swabs from people to test for the novel coronavirus.

Erin Smith: During a crisis we’re all so thirsty for knowledge and information. During the bushfires we saw that. It didn’t matter if it was print media or the television or the radio, social media—you couldn’t escape the distressing imagery that came with the bushfires. Along with that came a creation of knowledge and that’s where we play such important role as academics and universities.

We’ve got a new virus that we don’t know much about. The willingness to go in and ask the basic questions—and to use that information to help inform the response is critical. In Australia, our Chief Medical Officer is the front face of what’s happening in public health. But sitting behind the Chief Medical Officer and all the Chief Health Officers around Australia is a massive cohort of really committed people. Researchers have a place in that to help inform the best response and to try to continually do better.

As I say to all my students, this is what we’re trained for. That’s why we’re here.