The elements of strategy - listen, lead, and have a narrative as well as a plan 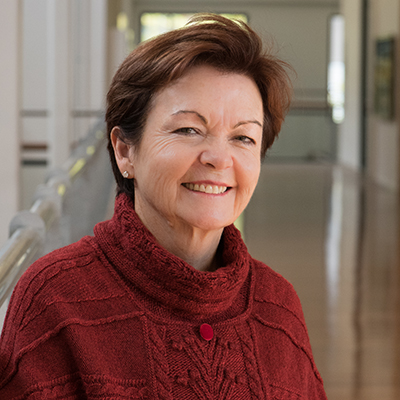 It’s a strange feeling hearing the announcement of your successor splashed across the media, and it caused me to reflect a little on what and where Deakin is in the world at this pivot in the leadership of the university.

Some say leadership matters little in the complex places that modern Australian universities have become—but they are only half right. It has been my most significant learning at Deakin, and my observation of every university that I keep an eye on, that leadership has mattered, but having ideas and collective courage to do the right thing has mattered much more.

In 2010, a number of issues appeared to collide with my arrival at Deakin HQ in the regional city of Geelong. The smart phone had stormed the world and big data was an emerging idea with unknown potential.

In Geelong, the gossip was about the big guys—Ford, Alcoa and Shell—faltering and shedding staff, all the while the mining boom in the west was taking every qualified man and woman in the east across the Nullarbor to a West Australian mining site on inflated wages few businesses in Australia could match.

The future for Geelong and, therefore, Deakin looked ordinary as unemployment was rising and the citizens of Geelong seemed to resign themselves to a grimmer future with only the glorious feats of the football team to lift spirits.

So what to do? Some consultants said the university should move to Melbourne and focus on its successful Burwood campus. Others wanted us to accelerate the closure of our well-regarded distance education as it was a second-class experience. The focus should be on building our research with a hope to rank in the top 400 in 2020.

My most important lesson of the past nine years: never underestimate culture. It trumps strategy every day. And always, always ask your people what they think. What I learned was that many staff believed we had to do something in Geelong else it would be lost and then what was our purpose? Deakin had been enacted to be a university for Geelong and for those who could not otherwise access higher education.

This powerful driver was backed up by the other belief that students mattered most. The resulting strategic conversation with all staff was to build a university for a changing world, but, and it was a risky but, with specific focus on Geelong and regional Victoria which needed skills and jobs for their families.

I recall thinking we would have to bet the shop on Geelong. We did.

At its heart, skilling people for our community meant we had to make choices and we had to accelerate what we were good at: our growing reputation in material sciences and in public health were funded above all else. Our now famous Carbon Fibre facility, the single largest project ever undertaken at Deakin, and its associated advanced manufacturing are success stories that to date have created near on 2,500 skilled jobs and counting, is globally recognised as world’s best practice.

Names like Carbon Revolution, Flaim, UMS and FormFlow are the business of the future.

Alongside this, the public health agenda has produced four highly-cited scientists to date, a number one ranking for the nutrition and sport science discipline in the Academic Ranking of World Universities, and two Institutes have emerged.

As a consequence of this focus, a better approach to all of our research output occurred. Improvement has meant we have climbed those rankings in spectacular fashion but so have many others and this remains a work in progress. Rankings go up and rankings go down and investment is everything in the ruthless world of competitive research.

And so my second lesson was making choices is not so hard after all — but it needs a plan and a narrative. The narrative must be clear, without management speak and must relate to a journey of excellence that staff — academic and professional — understand. This means that in our modern era a narrative that speaks to those who will do the work is a handy addition to a flashy strategic plan document.

The other core theme related to our teaching and learning strategy, which was less well defined than one might have expected from a university such as Deakin. Our relevance to a changing world that was increasingly mobile was unclear as we struggled to decide how much distance education we should do, even though it was part of our originating DNA.

We decided to work as hard as we could to be the best university at the digital frontier. It is true to say that for a while none of us was sure what this meant but what we did all agree on was the maintenance of our values of excellence, of access and of inclusion.

Today, after much pain and sheer hard work, our Cloud campus stands apart — we are not the biggest online educator but we are one of the best if QILT data are the measure. We do have very satisfied students.

My third lesson is that if good culture trumps strategy, then in the 21st century reality of intense global competition in higher education, money is a gamechanger if the Chinese and German higher education strategies are an indicator of future success. The daily chore of finding ways to be more efficient — trimesters, fewer offices, automation and longer working hours for everyone — in order to create a surplus and balance government cuts and efficiency dividends is testing. Increasingly it’s a high wire act and not falling off that wire has tested me as I am sure it does many others.

Finally, as I look forward to a different life, the learning that is most important is for the women in our sector. Be ambitious and take your opportunities, risk putting your hand up and do not listen to the naysayers.

Our sector needs a diversity of courageous leadership to better reflect the diversity of its staff and its students. We need to develop our collective vision for the future. For me, as I leave the sector, the privilege of setting a plan and a narrative for educating the next generation is the thing I will cherish and remember forever.