Research in the age of Brexit and the opportunities for Australia 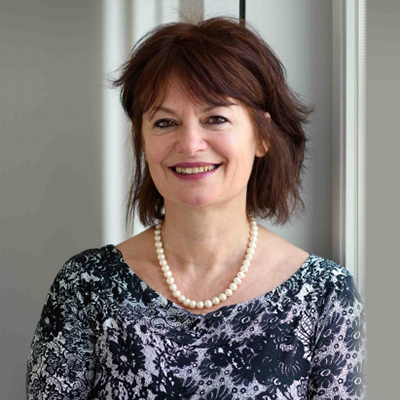 The value of knowledge is hard to narrow down and talk about coherently. Whether that might be putting up satellites, better understanding our oceans, or how we can better live within our environment.

One of the biggest European research projects is trying to model the human brain —an amazing aspiration.

Recently, Mark Ferguson, who’s the chief scientific advisor for Ireland, said that 80 per cent of all the economic growth in developed economies over the last 20 years, was down to investment in research and innovation.

That’s the translation that we need to make for people, so they understand that the research we do is not just for fun or for personal gratification — but it really matters to people. It matters in terms of their life, the quality of their life and the sustainability of our planet.

And that if we ignore knowledge then we have real problems.

The global financial crisis — that effected nearly every one around the globe — was not a surprise. It was known and it was predicted. But it was ignored because it suited many to continue as they were currently operating in financial markets.

This is an example of not using knowledge or evidence in an effective way.

By contrast, much research was done to look at the impact that passive smoking had on populations. And much of that research was used in formulating policy to prevent smoking in public environments.

And it’s had a massive effect — in the first year of introduction of this legislation in Scotland there was a reduction of people presenting in hospitals with any kind of respiratory or bronchial complaint by 17 per cent.

Seventeen per cent in the very first year.

In Europe, Horizon 2020 invests about €80 billion, or $97 billion in Australian dollars, for research in a seven year period.

But the fabulous thing about Horizon 2020 it’s a barrier-free system. It would allow me in Scotland to do a research project with someone in Italy, Estonia, Norway, Germany — we can all come together, including those in business, and we can put our respective knowledge base into producing one fabulous borderless research program.

But by voting for Brexit, the UK is removing itself from this unless we can somehow negotiate the possibility to remain in this Horizon 2020 program, or its successor.

Research used to be the domain of the individual, but now international collaborations are absolutely vital.

The Large Hadron Collider in Switzerland has many partners. The European Space Agency and international space station — again, many global partners.

If we collaborate, our impact is hugely increased. In the UK, in 1991 five per cent of our academic publications had international co-authors. In 2017, last year, more than 50 per cent — and our impact has increased accordingly.

The European Union has a target to spend three per cent of its GDP in Framework 9, the successor of Horizon 2020.

Horizon 2020 brings together half a billion people in the European Union into the biggest single global research block. It also provides the opportunity for non-EU countries to participate, if you “buy into” the system.

I would say that would be well worth your dollar to do so.

After all, the most collaborative country, as measured by journal publications, is actually Australia.

You are followed by Canada, then China, then France, Germany, Italy, the UK and the US at the end.

So I urge you to think about how you can take advantage in what will be a big hole in the future research environment in the European Union.

If I were a researcher here in Australia, I would be thinking about how we put together a coherent approach to align ourselves to be part of the Framework 9 program. And I think Australia could easily be part of the program.

After all, you already compete in the Eurovision song contest. So there’s a precedent.

Then you could easily see that there will be collaborations between different research clusters.

The rate of change is enormous and we forget this at our peril.

If we stand still, then we’re left standing. And everybody else overtakes us.

So we must imagine what the future could be like and then invent it.

If you don’t imagine the future, if you don’t seize opportunities, if you are not quick on your feet, someone else will be there before you.

This article is based on elements of a speech delivered by the Royal Society of Edinburgh’s President-elect, Dame Anne-Glover at the 2018 Universities Australia’s Higher Education Conference.