Regions apart: why higher education is critical to regional Australia 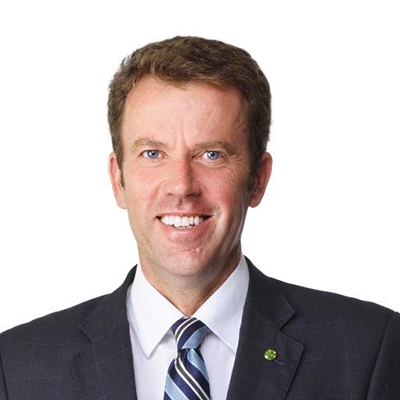 Every Australian should benefit from the same educational opportunities, no matter where they live.

The almost 400,000 students living in regional, rural and remote Australia have the same potential as those in the metropolitan areas, however the achievements of these students have lagged behind urban students.

Higher education has a role to play in addressing this gap. More than 45 per cent of people aged 25-34 have a bachelor’s degree or higher qualification in our major cities, dropping to just 21 per cent in our regions.

For students in regional and remote areas who are in higher education, completion rates are between 6 and 15 per cent lower than their metropolitan counterparts.

While a degree is not a guarantee of full-time work, in the country it seems to count for more. In regional areas, 76 per cent of graduates have full-time work, compared to 71 per cent in the cities.

These regions are continuing to grow and they need skilled workers more than ever.

This includes training the next generation of doctors and nurses in regional areas, so they are more likely to contribute to these thriving communities.

Establishing these programs will see more students undertake training in rural areas, which will strengthen the training pipeline to address rural doctor shortages and help build and improve rural infrastructure.

The same logic should also apply for training our teachers, accountants and scientists in rural and regional areas.

Regional Universities Network (RUN), in its submission to a Parliamentary committee on decentralisation, said between 60 and 80 per cent of employed, recent graduates of RUN universities were employed in regional Australia.

The Australian Government is committed to delivering an education system funded to ensure more regional students enjoy the benefits of higher education.

In 2017, regionally headquartered universities received more than $1.6 billion in base funding for Commonwealth supported students.

The Government has committed $16.7 million over four years to help establish and maintain up to eight community-owned, regional study hubs across Australia. These hubs will provide study space, video conferencing, computer facilities, and pastoral and academic support for students studying via distance at partner universities, improving access to higher education.

This Government has also committed $14 million to fully support an additional 500 Commonwealth supported bachelor places for rural and regional students.

We delivered on our 2016 election commitment through our $152 million Regional Student Access to Education Package, which included $24 million for scholarships. These will support 1,200 regional and remote students to undertake science, technology, engineering, mathematics (STEM), health and agriculture studies.

The second round of the Rural and Regional Enterprise Scholarships also make it easier for those affected by drought to apply.

STEM skills play a critical role in Australia’s future economy, and this Government will make sure we are equipping all our students for the jobs of the future, regardless of where they live.

The Government has committed $650 million to the Higher Education Participation and Partnerships Program (HEPPP), to fund projects that help disadvantaged students access university.

For example, RMIT University helped more than 440 regional and remote students to be better prepared for higher education by engaging online with mentoring from current students.

The Australian Government is also helping Indigenous students achieve their full potential by improving their access to higher education through the $68 million Indigenous Student Success Program.

The program contributes to around 18,000 Indigenous students through scholarships, tutorial assistance, mentoring and study skills.

Professor Halsey’s goal to enhance access, outcomes and opportunities in regional Australia is one all Australians should share. Helping to lift student engagement and results in rural and regional Australia benefits us all, with better employment outcomes, productivity and economic growth.

With the evidence provided by the IRRRRE report, and additional input such as David Gonski’s Through Growth to Achievement: Report of the Review to Achieve Educational Excellence in Australian Schools, we are on the path to an education system that is student focused, results driven and funded according to need.

The Australian Government is making a lasting and real difference to the opportunities provided to regional, rural and remote students, enabling them to make their unique contribution to the future of our country.