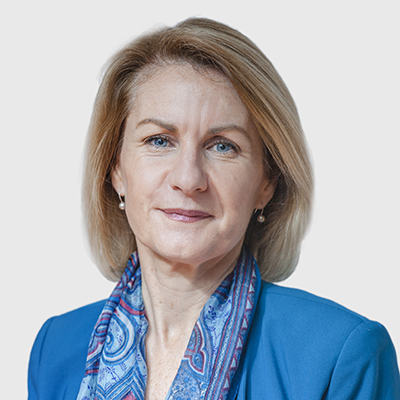 The lack of women in leadership roles is an issue across many industries and sectors – from top-listed companies to the not-for-profit sector.

With two new chairs at the helm, the Universities Australia Executive Women’s Group (UAEW) is looking at the role it can play to bolster the number of women in senior positions in Australian universities.

HIGHER ED.ITION spoke with one of the new chairs of UAEW, Professor Marcia Devlin, about the road ahead for gender equity in Australian higher education, the issue of unconscious bias and how we can encourage more women to get to the very top.

What is the Universities Australia Executive Women’s Group and what is your new role?

Along with my colleague Professor Kerri-lee Krause, I’m the co-chair of Universities Australia Executive Women. UAEW has been in operation for a long time and has had a lot of different iterations. Kerri-Lee and I came on board in late 2016 and we wanted to work with Universities Australia to really hone what this group is about.

We see the group as having a number of key objectives. Objective number one is to provide strategic advice to Universities Australia on sector-wide approaches and strategies that will help the representation of women at executive roles in Australian universities to improve.

Another objective is around collecting, collating and sharing information good practice relevant to university councils who are trying to get more women into the executive level. For example, we’re working with Jo Fisher Executive Search around best practice recruitment guidelines that will assist universities to hire more women in senior roles.

We also want to actively promote and support things that universities are already doing. Many universities already have mentoring programs, so we want to help by providing further resources to them.

We also give evidence-based briefings to high-level groups like Chancellors and Vice-Chancellors. We talk to them about all sorts of things they might be considering to encourage more women through the pipeline and up to executive levels.

What are you hoping to achieve through UAEW?

That’s a really good question. We’re trying to be ambitious, but also realistic. Being engaged with University Councils, Chancellors, Vice-Chancellors and senior level appointees is a key objective.

We do understand that we’re operating in a global environment where women are underrepresented at senior levels across many industries and so we’re not being unrealistic and trying to change that overnight in universities.

But if we can get engagement across the senior levels in the sector, we can create some momentum for change that can continue into the future. I’d be pretty happy when people can engage across all our key objectives – that would be a good outcome.

Why is gender equity important in higher education?

At the moment, in nearly every industry, you’ll see more males in the most senior roles while women are underrepresented. There are three reasons why we should care about underrepresentation in higher education in particular.

The first is that having more women in senior roles is the right thing to do. We should make sure that things are fair and equitable.

The second is that half the world’s population are not meeting their potential because they are not given the same opportunities as the other half. That’s a lot of potential there that is not being realised in all those girls and women across the world who are not in leadership roles. And organisations are missing out on that potential.

The third is the most compelling argument in trying to change people’s views. It’s very clear from a large number of studies that when women lead, a number of key performance indicators of organisations improve. I often quote Sheryl Sandberg who wrote that best-selling book “Lean In” who is now working with Adam Grant. They have lots of examples that show when there’s more women leaders, the equity in a company improves, the bottom-line improves and many of key performance indicators that companies use, improve. In fact, if you don’t have women on your senior executive team, you could be doing your organisation a disservice.

Universities have made progress over a number of decades on the road to equality of gender representation at that executive leadership level. What are the most important factors that influence the pace of progress?

Probably two broad factors are at work here. One is systemic obstacles to women’s advancements that need to be removed and the second one is that women need more support.

On that first point, in recent years there’s been a lot of discussion about unconscious bias. That’s really fascinating when you start to look into it. There’s even a test you can do online to examine your own unconscious bias.

I took the test and I was horrified to find out my own unconscious bias and here I am, thinking that I’m very advanced in my thinking in this area. But this bias is about the quick judgements we make in order to get on with our lives and keep ourselves ‘safe’, biologically speaking. People choose to be around people who are like them and that’s a natural thing to do, but the problem is when men are in most of the decision-making positions, they will unconsciously be more comfortable in many cases, not always, with other men and so are more likely to select them into positions.

I’m conscious that’s something we need to get onto and monitor consistently. Recruitment practices, for example, can be a big systemic obstacle for women and that’s why we’re working with Jo Fisher Executive Search to bring advice about best practice in recruitment. It’s about making sure there is a higher probability that women to be fairly considered when a job does come up.

The second point is about providing women with support, and that’s where mentoring, sponsorship and professional networks are so important. Because when you find out there are other women going through the same thing as you are, who are feeling the same way you do, it is very normalising and validating. And women can give each other great advice.

And that’s why those networks, models, sponsors and mentors are so important to provide guidance and build confidence for women. To shed light on the fact that similar experiences may be happening to a lot of women as they develop their careers and seek to advance.

But you can’t just have the support group without removing the barriers as well. I think the two really work together and are both very important.

You launched the Mentors to Many program earlier this year. What’s the program about?

As part of the Mentors to Many program, we have video-interviewed Vice-Chancellors and former Vice-Chancellors around mentoring and we make those videos available to whoever in the sector would like to watch them.

So Mentors to Many is not like a traditional mentoring program that might develop relationships between mentors and mentees through one-on-one conversations. We were trying to think about how we use the limited resources we have in UAEW to have the biggest impact. So, it’s really meant to supplement and help provide advice to those developing university programs.

Why do you think mentoring is important? Does mentoring have a good track record in terms of improving representation?

Mentoring is not the magic bullet, but nothing is. Those involved in mentoring programs will typically say how much they benefit from a mentoring program, whether they are mentor and mentee. Often the mentors are surprised by it because they go into it wanting to give their time and expertise but they end up learning even more from the mentees than they feel they’ve given. It seems to work out that men and women, at whatever level, find mentoring very beneficial.

We’re also interested in sponsorship, which is slightly different to mentoring. That’s where a senior person will actually sponsor a career and deliberately create opportunities for them and actually help them move up and through the organisation. That’s a little bit harder to do and sometimes you have to rely on those sorts of relationships organically coming about.

Sponsorship is on our long list of things to try and provide more resources and thinking on.

Are there different challenges between academic and professional career paths in universities for women?

There are different challenges whatever the career, whether it’s in academia or different types of industries. We think it is important that both professional and academic women have opportunities to reach executive levels.

In particular, at those executive levels, the difference between those two sorts of roles are very blurred. When you are looking at the executive level, it’s equally applicable as the academic career paths and the differences don’t matter as much as the underrepresentation that happens across both.

So we’re trying to enhance representation across both areas.

UAEW held a roundtable in September to road test the recruitment guidelines they are developing in partnership with Jo Fisher Executive Search. An update on these guidelines will be provided to UAEW members soon. Details about free membership of UAEW can be found here.

UAEW also have a LinkedIn Group that anyone can join. Find out more here.