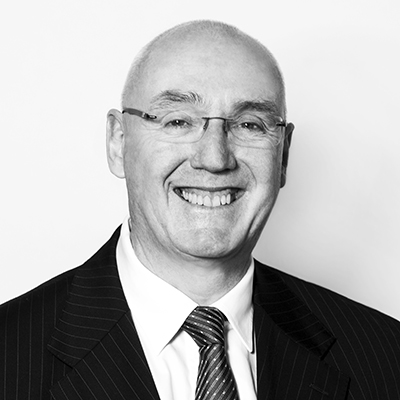 Vice-Chancellor of Western Sydney University Professor Barney Glover has been Chair of Universities Australia since 2015. It’s been a very busy and full two years.

During his tenure, Universities Australia has delivered numerous major achievements. These include our Keep it Clever policy platform, the first sector-wide Indigenous strategy and the first comprehensive national survey on sexual assault and sexual harassment in student communities.

As he leaves the role, HIGHER ED.ITION spoke with Professor Glover about his time leading the sector’s peak body.

What have been some of the key highlights of your time as chair of Universities Australia?

I think there have been many highlights. It’s been a great privilege to chair the board of Universities Australia.

When you become Chair, you get a deep insight into our peak body and get to recognise its importance.
One of the highlights for me was to work with the team at Universities Australia. It made me realise what an important powerhouse it is, in terms of advocating on behalf of the sector on so many issues, so often and so deeply. Particularly across a community of universities that is so dynamic and diverse.

How is the political and higher education policy landscape different to when you started in the role in 2015?

It has been a fascinating two years. Not long after I became chair, we launched Keep it Clever, a very significant update on our national policy position, aimed at informing an incoming government in the election of 2016.

In that document, and in my National Press Club address of the time, we communicated just how important universities are to innovation in this country.

Malcolm Turnbull was then elected as Prime Minister, and both he and the Opposition Leader had begun to make very strong statements about the importance of innovation in transitioning the Australian economy.

Since then, of course, we’ve had a higher education policy environment that continues to be challenging.
Now right at the end of my term, the government is once again prosecuting a higher education reform package through Parliament. It’s very different to the package of 2014 but it also presents its own unique challenges.

The policy context of the last two years has been very dynamic in other areas and Universities Australia has been involved in a huge range of review processes in that time.

So I think it’s been a very intriguing time politically and Universities Australia has positioned itself very well in public debate as an advocate for the sector.

I’m not sure where the Senate will take the higher education package but I know Universities Australia will play an important role in providing the Parliament with an informed evidence base and help articulate the impact on the sector.

The Indigenous strategy was a significant Universities Australia initiative launched this year, why is this strategy important?

During my time in the Northern Territory while I was Vice-Chancellor of Charles Darwin University, as well as in NSW and in Western Australia, I’ve had a great interest in policies to advance opportunities for Australia’s first peoples.

So I was hopeful that during my time at Universities Australia, that the sector could develop a new policy statement that went beyond our existing policy position on Indigenous participation.

The policy statement that Vice-Chancellor Peter Coaldrake, in strong consultation with National Aboriginal and Torres Strait Islander Higher Education Consortium (NATSIHEC), has been able to bring together and the powerful launch of that statement at the national higher education conference, was a real highlight of my term at Universities Australia.

The next two or three years are going to be critically important to implement that strategy and measure the effectiveness of it. It’s an ambitious statement and it will be challenging but I think it has an enormous amount of support across the sector.

I’m very proud of that work and of the sector for supporting it so extensively.

Equity of access to higher education has clearly been a theme during your time in the universities sector – how has that affected your time as chair?

Certainly, there’s a personal dimension. I grew up in Geelong in Victoria during a period where it was a hub for the manufacturing and textile industries. But as that declined, opportunities for young people, in particular, were limited.

Ensuring access to higher education to students from a low-socio economic background has been something that I have cared very deeply about.

And I am very pleased that it was been a feature of the work of the sector and consecutive governments now for some time.

In this current higher education package, it’s important to note there are a number of positive measures that reflect the continuing commitment of the government to support access and participation.

Confirming the future of the Higher Education Participation and Partnerships Program or HEPPP, and ensuring that there was per student loadings for students in that program is really important. As is supporting the expansion of the demand driven system to sub-Bachelor places.

These were both advocated for in Keep it Clever so I’m very pleased that they are featuring now in the new higher education package.

Universities Australia has played a very important role over the last couple of years in continuing to promote widening participation, including a major workshop that I would like to think was influential on the government’s thinking about the future of its support programs Particularly given that the government cut HEPPP in last Budget, so the new reforms on HEPPP are a step in the right direction.

While the national picture shows an encouraging number of young people with a university qualification, many regions of Australia it’s nowhere near as positive. That means there still a great deal of work to be done and still need additional resources to fill that gap.

Universities Australia, I’m sure, will continue to prosecute that case.

The Keep it Clever policy document, and the wider Keep it Clever campaign, was further developed during your time as Chair of Universities Australia. Why do you think it’s important to communicate the value of universities to the public?

The Keep it Clever campaign, which started before my time as chair, has been an ongoing awareness campaign using the resources provided by Education Australia Limited.

Universities Australia has done a wonderful job in developing that campaign and continuing to enhance it to help the public see universities and the positive work they do.

Another thing I’m very pleased about over the last couple of years are some important reports that Universities Australia has developed. The Deloitte report on the economic value of universities, a report by Cadence that came out last year on ‘the graduate effect’ in the economy, as well as the work we did earlier this year around the role of universities in the startup economy.

All of these have contributed a very strong base for the arguments we take to government and into the community, about the role that universities play in innovation, in entrepreneurship, and in developing the Australian economy.

It’s a commitment we have, that Universities Australia executes so brilliantly, to bring a strong evidence based focus to our argument about the value of universities.

The Respect. Now. Always. initiative was also launched during your time at Universities Australia, including the first sector-wide national survey, can you speak to the value of that work?

This is one of the most important programs that I’ve been involved with as chair.

For the first time, Universities Australia has brought together the sector to review our policies and the way in which we’ve engaged with those in university communities who have suffered sexual violence.
We have also sought national data about the prevalence of sexual assault and sexual harassment.

To my mind, this has been an incredibly important initiative. It’s been very challenging at times because quite rightly, people are deeply concerned that this work be done well, and that it reflects the traumatic circumstances that unfortunately, too many students have experienced on Australia’s campuses or in university communities.

I look forward to the final report by the Australian Human Rights Commission becoming available and to the range of initiatives that Universities Australia has been working on with the sector.

Our campuses are safe by world standards but we need to do more and we need to measure the effectiveness of what we’re doing. This work is about making real our commitment to zero tolerance for sexual assault and sexual harassment.

How do you see the future for Universities Australia and higher education policy more broadly? Any words for the incoming chair?

She’s an outstanding Chief Executive and she has an outstanding team. I think that makes our role as Vice-Chancellors easier because of the great work that is being done on our behalf.

It’s Universities Australia’s tenth year this year, so I think it’s an important time to reflect on the peak body and how successful it’s been in advocating for the sector.

It’s not an easy role to play – there’s always a multiplicity of views in the sector. But even within that complexity Universities Australia does an impressive job. So I’m very confident about the future.

The incoming chair Professor Margaret Gardner is an extraordinary Vice-Chancellor and she has done a great service to this sector for many years, both as an academic and as a university leader.

I am absolutely confident she will lead the sector with astuteness and with great success over the course of the next two years.