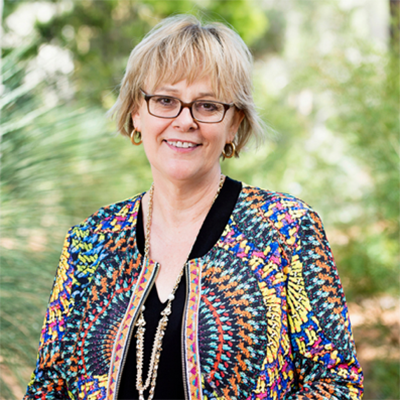 As they take up their roles, HIGHER ED.ITION spoke with Professors Caroline Finch and Eileen Baldry about advancing gender equity in universities.

Q: Can you introduce yourself and tell us a bit about your background?

Professor Finch: I’m Professor Caroline Finch. I’m the Deputy Vice-Chancellor for Research at Edith Cowan University. I’ve spent almost all my career in universities and largely been a research-only academic.

I’ve also been, for the past 15-or-so years, a director of independent research centres at a number of different universities. So, I have a broad perspective of the different aspirations and different opportunities for women in leadership roles across Australian universities.

In my mid-40s, I went back to university and did a Masters, and then a PhD at UNSW and I never left! I’m a criminologist and I research social justice aspects of the criminal justice system, particularly with women and other vulnerable groups.

Q: Why is gender equity in higher education important?

Baldry: In our society, we still generally expect to see white males in leadership roles. Now, much of that is unconscious, because that’s generally what we experienced when we were growing up.

Finch: I would echo everything that’s been said. And there is a real excitement now in universities about pushing boundaries, taking on new knowledge, new experiences. But those cultural and societal norms that Eileen mentioned, dampen what women see themselves as.

We need to break down boundaries so women can think bigger about their careers if they want to. And then we will start to see many more role models for the next generation.

In my research in STEM fields, I have worked in a couple of very male dominated fields, including in statistics and sports medicine. I’ve seen some other women alongside me fall off, because they thought that they could not have their aspirations recognised. But there were others able to transcend that.

It’s about having your aspirations supported and recognising that those aspirations can be achieved.

Q: There’s been a lot of work across the sector to address gender equity over many decades — what do you see as significant programs or initiatives that have helped?

Finch: Sometimes there is success because of external drivers. It can be a key influence. If I think about the research context, there are some key external agencies that are opinion leaders and opinion drivers in what happens at universities.

That can really drive key people in the universities. The ARC, NHMRC, various Government departments coming together to tackle it. That has been one of the most powerful forces for change starting to happen.

Baldry: Agreed. Those processes over the last 10 years have been key change drivers.

That is a good pressure on what we do in universities, because it is being driven by society.

Also, in the last two years or so we’ve had the SAGE program, sponsored by the Academy of Science and the Academy of Engineering and Technology. We have seen universities across Australia jump into this program, because they want to get the bronze award, and the silver award, and eventually the gold award.

All universities are working internally towards this, including with their senior women to increase the pipeline into executive positions and increasing the level of women being promoted to Associate Professor and Professor.

That is happening across the different divisions within universities because for example, you need to have HR and the appointment committees understanding the issue.

Q: Broadly, what are the next steps, do you think for UAEW? Would you like to continue that focus on developing practical resources for universities to make further gains?

Baldry: The guides that UAEW have produced are fantastic. Now we need to look at taking the next steps. How do universities embed in people’s consciousnesses that we need to be equitable and inclusive?

Representation is also key. We consistently see photographs of a room full of men in Government or at the G20. Despite the fact we’re doing much better than we did — we’re probably up to about maybe the high-20, 30 per cent across Australia of senior, very senior women. But you take a photo and it’s still largely male.

It’s about making sure the women coming up through the pipeline say, “Oh yes, I can see myself there. That’s me,” or “That’s possible”.

Finch: The UAEW resources are very useful. It would be good for us to do some form of evaluation of the sponsorship guidelines that have just been released and then come back in six and 12 months and see how they have been used, how widely they have been used across the sector and how people who’ve used them have implemented them.

Q: Finally — what about your own personal experiences climbing the ladder? What have been the people or the things that helped for you to progress your own career?

Finch: Early on, I didn’t perceive there to be gender barriers despite being in male dominated fields. But as I began moving to the higher level management areas then I started to get barriers put in front of me, and I wasn’t expecting that.

One of the most influential things for me was when my university’s Deputy Vice-Chancellor for Research suggested that I go to a women in university leadership forum. That was a turning point for me, because I heard directly from various women VCs and DVCs. I thought: “When I grow up, I want to be one of them!”

I was in a room of these dynamic, successful women and I realised that I hadn’t been exposed to that sort of role model before. Once I connected into that network, things changed for me.

Having a senior staff member who could see what direction I wanted to go and give me some networking suggestions, and then being exposed to the women that I wanted to be like, was the biggest thing for me.

Baldry: When I was doing advocacy work, I was the foundation secretary of the Movement for the Ordination of Women in Australia — not that I’m involved in the Church anymore, but at the time I was.

That taught me a huge amount about where political and social fault lines were in making progress on gender equity.

I was almost an accidental scholar having done my PhD mid-life. When I moved into academia, a male Dean of my faculty, who was in the same research area, said, “Would you like to go on to a grant with me?”

I had no idea what grants were. I had absolutely no idea.

This is the kind of thing we are talking about, mentoring and sponsorship. What that particular Dean did for me, was absolutely life-changing in my understanding of what I was supposed to do as an academic, what was possible and how to do it.

And then, the third moment was, when I became reasonably senior in my faculty, I was standing in for the Dean at one point. Sitting around the table were all the Deans, the Vice-Chancellor and the Deputy Vice-Chancellors and I was the only woman around that table. I remember thinking to myself, “This has got to change.”

Those were not exactly light-bulb moments, but they were moments at which I stepped up to the next level of seeing how I might be involved in making that change.