Investing in university research an investment in the national economy All of these inventions came from research conducted at Australian universities.

Right now, teams of researchers in university laboratories around the country are working tirelessly to stop the COVID-19 global pandemic in its tracks. Researchers are developing better monitoring of outbreaks, better protections for health workers and better patient treatments.  Australians are part of the huge global effort to find a vaccine.

Economists are building models to protect us from the worst of the financial downturn, AI experts are building new industries that will create new jobs that will be so desperately needed for national recovery. The nation’s researchers – university and industry working together – have directed all their expertise, all their decades of work and knowledge, to the fight of our lives.

The majority of these breakthroughs come not from “ah-ha” light bulb moments but careful, sustained academic inquiry over months and years. The focused pursuit of understanding and certainty is what delivers tangible outcomes.

Investing in university research is an investment in the national economy.  According to recent Deloitte Access Economics modelling commissioned by Universities Australia, for every $1 invested in higher education research, $5 is returned to GDP. 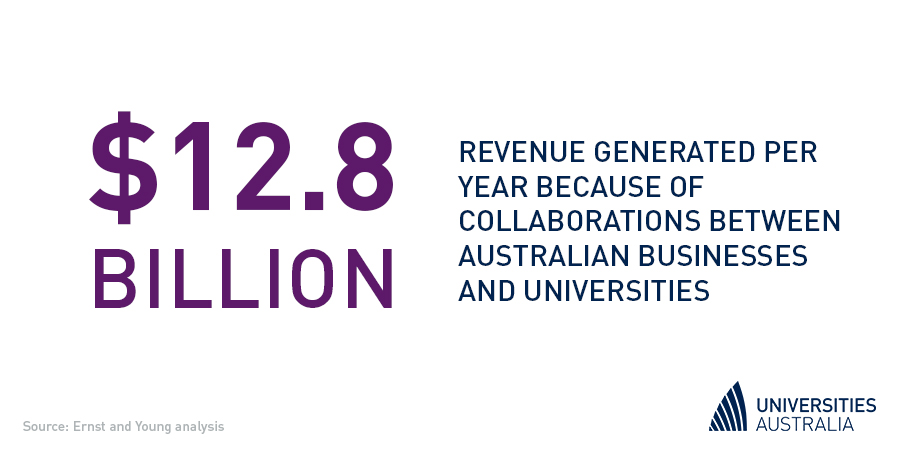 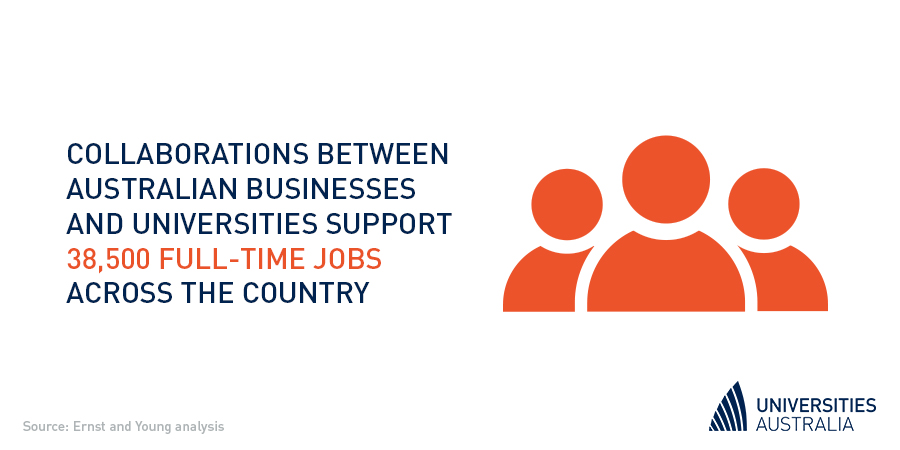 Unfortunately, at the very time Australia needs to flatten the COVID-19 curve and help drive our post-pandemic economic recovery, the funding that supports university research is under threat.

The simple fact is, revenue from international students has become a vital source of funding for university research as well as teaching in Australia.

Australia needs research and development to prosper, economically and socially.  But Australia’s investment in R&D is at its lowest level in 15 years. In 2017-18, Australia invested just 1.79 per cent of GDP. The OECD average is 2.4 per cent. On these trends, we can expect these figures to be even lower in 2020 for Australia. 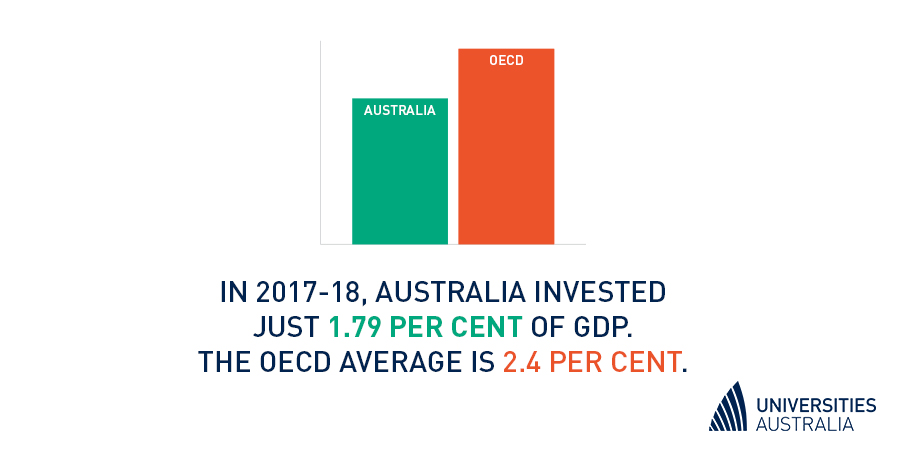 Successive governments encouraged universities to develop education as an export sector and a new source of revenue.

Which we did. Now, international education has grown to become Australia’s fourth largest export, worth $39 billion per year.

The international education sector in Australia now faces unprecedented challenges, with borders closed and campuses quiet. International students, like their Australian colleagues, are studying online where they can, but some can’t, and some will stall enrolling until face-to-face teaching resumes, and until they can get here. Some will have to defer or cancel study plans, as recession hits.

And it won’t be an overnight recovery. International students will be conspicuous by their absence in 2021 and for years after that. Students who didn’t start this year, will not be doing second year in 2021 and so on and so on.

The university sector is preparing for this enrolment shortfall to extend for two, three perhaps five years. And that’s not something any industry can absorb.

Particularly not universities, which have been excluded from other broadscale economic stimulus initiatives, including the JobKeeper package.

Recent modelling by Universities Australia estimated the decline in university revenue would mean the loss of 21,000 jobs, or 16 per cent of the total university workforce.

But because of the way research is now funded, research staff are likely to be at even greater risk. New modelling by Professor Chris Moran here at Curtin University estimates the loss of international student income could be as high as $2.5 billion nationally in 2020, putting 38 percent of research salaries at risk.

It’s not just these jobs that are at risk. It’s also the future medical breakthroughs, the new technologies, and the start-ups and spin–offs that will employ hundreds of thousands of Australians.

With Australia’s post-pandemic economic recovery at stake, we’re asking the Commonwealth to prioritise and strengthen investment in research. We must work together to build a bridge to the future.

As published in The Sydney Morning Herald on 7 May 2020.